Have you ever heard the term “Bromate”?

Or do you know the difference between bromated flour vs unbromated flour? Probably not, no worries, you are not alone.

Many pizza bakers often ask us what this means, and we’re more than willing to demystify these two scientific terms.

So, this post will dive into these two contentious terms often labeled on most all-purpose white flour.

In short, Bromated flour entails flour that has been added potassium bromate to give a higher rise and boost the elasticity of the dough.

Read on to be able to distinguish between these two unpalatable terms.

What is Bromated Flour?

Bromated flour is baking flour that has been bleached, and it has undergone a treatment whereby potassium bromate is added to give a higher rise while improving the dough’s elasticity.

What is Potassium Bromate?

Potassium bromate is an oxidizing agent used as a food additive, mainly in bread-making.

In the United States, potassium bromate is commonly used as a flour improver. It strengthens the dough and allows for a faster rise.

If too much is added, or the bread is not baked long enough or at a high enough temperature, a residual amount may remain, which could be harmful if consumed.

Bromate is not accepted in most regions like China, Canada, Australia, and Europe. But in the US, bromated flour is acceptable.

The International Agency for Research on Cancer has already listed the bromate as possibly harmful under the 2B Carcinogen category.

On the other hand, the FDA still classifies it as “Generally Recognized as Safe.”

Accordingly, in the US still, most commercial bakers use bromated flour since it enables the dough to be more elastic and offers it a higher rise. Accordingly, most home bakers use this type of flour for a similar reason.

In US supermarkets, close to all brands of all-purpose flour are bromated flour. Additionally, in some US states, labeling is not necessary.

But as a caution, it’s essential to go through the label of the baking flour to be sure that you’re not settling with bleached bromated flour.

When purchasing, you should be aware of the flour contents as they may contain additives that may not be suitable for your health, and you should avoid as much as possible and opt for unbleached flours, whole wheat flours, and rye flours.

Bread dough’s shapeless and beige appearance relies on the high intricacy of the molecules that binds it together. Gluten content is the wheat protein which is highly known to have indigestible components which most people don’t like.

Essentially, gluten is like a glue that holds the bread dough together. The bread won’t have together without this content unless other agents like xanthan gum are used – from gluten-free bread.

Keep note that for two gluten molecules to hold together, molecular joiners need to be formed in between. Bromate has high gluten content.

Commercial bakers can quickly knead the bread because the dough elasticity will increase and gain more excellent resistance against tearing it apart.

Baked goods come out with matt white and don’t discolor, giving the same whiteness level as seen in most commercial bread brands.

Unbromated flour will take a lot of time to mix compared to bromated flour. Because bromated flour contains potassium bromate and some additional bleaching substance, the mixing time is drastically lowered because oxidation improves.

In that case, the dough becomes very elastic quicker, needing way less kneading than the unbromated flour. And the difference can be even felt more when preparing the dough by your hand.

If the bromate in the flour is at the recommended level, it will taste good instead of warm and sweet. The additive makes the bread taste better.

Are You Still Baking Pizzas in Your Kitchen Oven?
You Might Regret It. Don’t Miss Out!

Are you up for trying something new?

Go from a soggy pizza to the perfect pizza! How? With an Ooni pizza oven.

With an Ooni pizza oven, you can bake your pizza in as little as 90 seconds.

They are not only affordable, but you can take them anywhere.

Let’s check them out; you won’t be disappointed!

Check Out the Ooni Ovens

What is the Difference Between Bromated vs Unbromated Flour?

Bromated flour has added potassium bromate to give more elastic dough, and a higher rise, whereas unbromated is the ordinary flour that doesn’t have bromate or any bleaching agent.

Secondly, on safety, bromate is deemed illegal in countries like the UK, Canada, and Australia. At the same time, unbromated flour is healthier and safer and accepted as an alternative to bromated flour.

How does it compare to unbromated?

How Does Bromated Flour Compare to Bread Flour?

Bread flour comes from hard wheat, and it has more gluten, which is a protein behind the formation of additional strands in the dough, which helps it give its structure. It contains around 14% of protein.

Additionally, gluten implies a light, elastic dough, and you end up getting an airy and chewy bread.

When this type of flour is used in baking pizza, it adds a chewy texture.

Suppose you don’t have the bread flour; you can top one tablespoon of vital gluten of wheat to every four cups of the all-purpose flour.

Most bread flours have a higher content of bromate, which is the reason behind the elastic and higher rise dough.

What is the Best Flour for Pizza, Bromate vs Unbromated Flour?

First of all, there’s no one-size suit all flour when it comes to pizza. It is vital to keep note of the fact that not all flour types are created equal.

Therefore, before you decide on the flour you want to use, you need to prepare a pizza to get the best results.

Whether it’s Sicilian, New York, Chicago, Detroit, Neo-Neapolitan, or Neapolitan style of pizza you want to create, every dough type comes with a wide range of requirements in terms of the content of protein fermentation and malt.

Most American pizza experts use bromated flour since by using them, you can use the dough after, say, 5 to 6 hours of fermentation. In other words, bromated flour is a type of flour that has undergone treatment with potassium bromate – a powerful oxidizing agent in white powder or crystal.

Even though it is allowed in the US as an improvement of dough elasticity and to give a better rise, countries like Italy or most European countries don’t permit the use of the additive in making pizzas or other foods.

Though bromated flour is the choice for most pizzerias, it is still not a healthy method of cooking pizzas. With unbromated flour, you can take a lot of time, but you get quality and healthy pizza in the long run.

So, back to the question: what flour is best for pizza?

We’ll say it if you are in a rush, bromated flour because the fermentation time is significantly reduced, and the dough is made elastic and higher rise.

If you are more concerned about health issues and want to bake pizza as traditional as possible unbromated is the way to go. 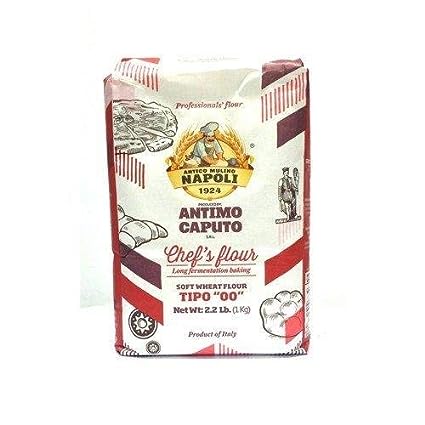 The Chef's flour is a general-purpose, high gluten flour that works well for many recipes. "Tipo 00" refers to how refined the flour is. Chef's Flour is best for those who want to bake in their traditional home oven up to 500 degrees Fahrenheit!

Check it Out
We earn a commission if you click this link and make a purchase at no additional cost to you!

Can you eat raw pizza dough?

Almost all the flour in most supermarkets has some potassium bromate content. Commercial bakers depend on this additive to improve the dough elasticity, higher rise, and shorter production times.

The potassium bromate additive, in theory, needs to bake out while it cooks; however, if any contents remain behind, it can be very hazardous to humans. Accordingly, it would be best not to eat raw or uncooked pizza dough.

In summary, bromated flour offers a higher rise and boosts the elasticity of the dough. Most commercial bakers, and some home bakers, opt for it.

However, it is paramount to note that potassium bromate has been categorized as hazardous.

That is why we recommend most home bakers opt for unbromated flour because it is a healthier and safer option than dangerous bromated flour.

Before buying the flour, please find out the ingredients on the label to ensure you’re purchasing the unbromated flour without any dangerous substances in it.

If you’re so concerned with the oxidizing agent, you can always seek alternatives to keep yourself safe and eat healthier pizzas.

Plus, you can now distinguish the critical differences between bromated vs unbromated flour for pizza.

Note that bromated flour is unsafe if not used correctly and is not accepted in most countries because of health reasons. Strive to stay healthy by baking healthy and tasty pizzas!

Manitoba Flour: The Complete Guide on the #1 Strongest Flour

Are you wondering what Manitoba flour is? This article will cover everything you need to know about this particular flour, …

Bleached Flour vs Whole-Wheat Flour: Which is Best for Pizza?

Bleached Flour vs Bread Flour: Which is Best for Pizza?

How to Instantly Turn All-Purpose Flour into Pizza Flour

Can You Use Bleached Flour for Sourdough Starter? A Walkthrough to What You Need to Know

Does Pizza Flour Contain Yeast? Find What You Need to Know

Bleached or Unbleached Flour for Pizza? Are you wondering if you can use bleached flour for pizza dough? You are …

Can You Use Self-Rising Flour for Pizza? Here’s What You Need to Know

Can You Use Self-Rising Flour for Pizza? Are you attempting to bake pizza but have run out of pizza flour? … 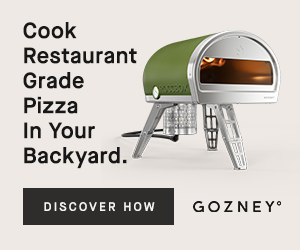